The mission of Cambridge Community Chorus is to give people who love to sing an opportunity to rehearse and perform challenging choral works. Under the leadership of a professional music director, our non-audition chorus is dedicated to enriching our community through its performance of choral music, and to making participation and performances enjoyable and affordable for all.

For over 30 years, Cambridge Community Chorus has welcomed singers of all ages and backgrounds from Cambridge and beyond. Led by Music Director Dr. Pamela Mindell, the Chorus combines an open admission policy – no audition required! – with high musical standards and adventurous programming that has included world and North American premieres, as well as some of the greatest works in the choral repertoire.

The last live concert before the Covid-19 pandemic was a sold-out performance of Duke Ellington’s Sacred Concert on December 15, 2019, at MIT’s Kresge Auditorium. WGBH’s Eric Jackson, the Dean of Boston Jazz Radio, introduced the work, in which the Chorus joined standout soloists, a virtuoso tap dancer and the White Heat Swing Orchestra. 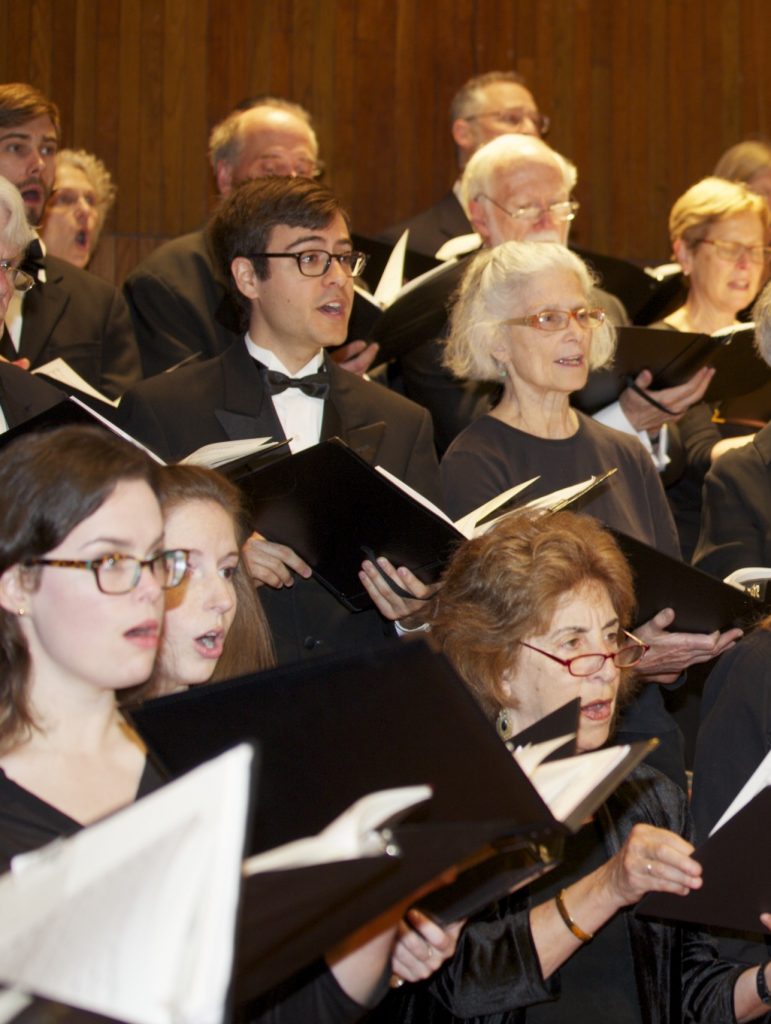 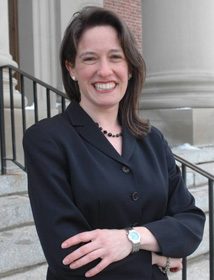 Pamela Mindell has been CCC’s Music Director since 2014. She has also served on the faculties of Smith College, College of the Holy Cross, and Clark University, conducting and teaching. Under her direction, the choirs traveled to Italy and Spain, as well as throughout the northeastern United States, singing in such venues as Saint Peter’s Basilica in Rome and Saint Patrick’s Cathedral in New York City. Her Holy Cross Chamber Singers performed Osvaldo Golijov’s Pasion segun San Marcos as part of the Mostly Mozart Festival at Lincoln Center.

Prior to her college teaching, Dr. Mindell spent a year in Sydney, Australia, teaching, conducting, and singing professionally. As a soprano, she has sung with both The Boston Secession and Emmanuel Music, as well as in several recitals with mezzo-soprano Justina Golden.

In addition to her work with CCC, Dr. Mindell is Artistic Director of the Worcester Children’s Chorus, where she conducts the Bel Canto and Cantare ensembles. She has served as guest conductor and adjudicator in festivals throughout the Northeast, and has also served as Artistic Director for the Hotchkiss Summer Portals Vocal Chamber Program for high school students for ten years.

Dr. Mindell is a graduate of the Yale University School of Music, where she received her doctorate in Choral Conducting and studied with Marguerite Brooks and David Connell. She holds a master’s degree in Music Education from The Hartt School as well as a bachelor’s degree in Psychology from Princeton University. She lives in Cambridge with her husband and two young daughters. 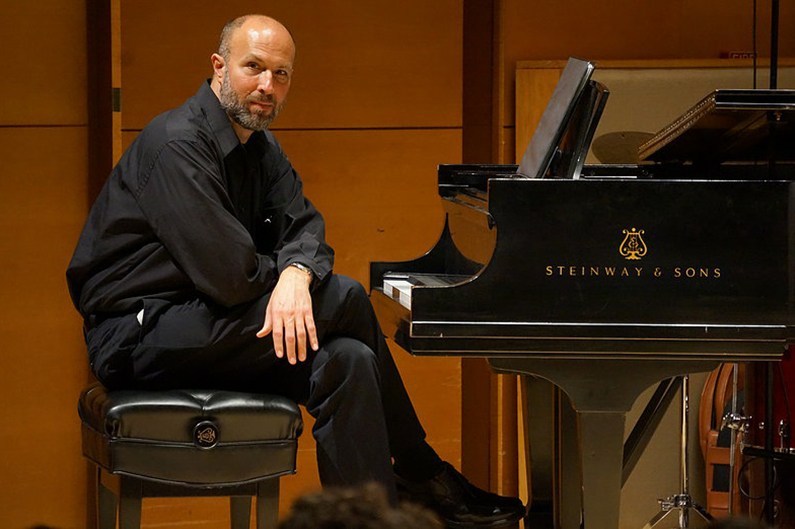 Based in Boston, Scott is an accomplished pianist known as much for exceptional sensitivity to the performers he accompanies as for his technique.

With a repertoire spanning classical and musical theater, Scott has appeared throughout the U.S. and internationally in solo and chamber performances and has accompanied such preeminent singers as Nancy Armstrong, Robert Honeysucker, and Jessica Cooper. In addition, he has served as the rehearsal and performance pianist for the Tanglewood Festival Chorus, the Borromeo String Quartet, the US Airforce Clarinet Ensemble, Longwood Opera, the Minnesota Opera, the Boston Secession, the Concord Women’s Chorus, Boston Lyric Opera’s outreach programs and the Leontyne Price Vocal Arts Competition, among others.

Scott has recorded several works by Graham Gordon Ramsay, most recently “Six Piano Preludes,” part of a collection of solo instrumental works from Albany Records (2013). He has also recorded frequently with E.C. Schirmer’s Philovox Ensemble and performed on WGBH-FM and WBUR-FM in Boston.

An experienced music director, he has served in that capacity for several organizations including the New England Conservatory Opera Workshop, Central Square Theater, Franklin Performing Arts Company, Suffolk University, and Emerson College.
Scott’s affiliations with Suffolk University and Emerson College extend to teaching. He’s on the faculty at Emerson and is a master lecturer at Suffolk, where he teaches piano and coaches opera and music theater. He’s also a faculty member at Encore Music Academy, offering instruction in piano, theory, and vocal coaching.

He holds a B.A. in music education from The College of New Jersey and an M.M. in accompanying/coaching from the New England Conservatory, where he studied with and was inspired by Margo Garrett.

The CCC Board of Directors

Cambridge Community Chorus takes the “Community” in its name seriously.  Chorus singers enrich the musical life of Cambridge throughout the year, participating in the city’s annual Holocaust Commemoration, seasonal holiday sings, and one-off events that bring the community together in times of celebration and trouble. On April 21, 2013, the Chorus was honored to be a part of the “One Community | One Voice” benefit concert to honor and support those affected by the Boston Marathon bombing.

Community performances have taken singers to unusual venues, including Mt. Auburn Cemetery, for the “Glimpse Beyond” celebration, and the DCR Steriti Memorial Ice Rink in Boston’s North End, as part of the “fairground attractions” before Boston Lyric Opera’s production of Pagliacci in September/October 2019.  CCC singers have also performed at the Boom Town Festival in East Cambridge, and the Joyful Noise gospel concert at Sanders Theatre.

In 2010, the Chorus started its own annual public Messiah sing. And every December, small groups of singers visit senior and homeless facilities to bring seasonal cheer with holiday songs.  In December 2020, when the Covid-19 pandemic prevented in-person visiting, CCC singers recorded themselves singing a program of seasonal favorites, so that residents could play the digital compilation in their own rooms.

Cambridge Community Chorus values its long tradition of collaboration with other local musical organizations.  In 2014, the Chorus performed Beethoven’s Symphony No. 9 with the Boston Civic Symphony and a concert setting of Tosca with the Cambridge Symphony Orchestra.

In April 2021, CCC sponsored a live performance of Fauré’s Requiem in collaboration with Opera on Tap (Boston), the Harvard/Radcliffe Chorus, Kathryn and Bryce Denney of The Driveway Choir and former Interim Director Dr. Michael C. Pfitzer, conducted by Dr. Pfitzer and Dr. Mindell.  Safely isolated in their cars in a Cambridge parking lot, soloists and choral singers using wireless microphones were able to sing together live for the first time in months, and the resulting recording will be shared widely with members of our community.

William Thomas (1950-2013) inspired generations of musicians of all ages and backgrounds. For three decades he was a major figure in the Boston area music scene, as director of music performance at Phillips Academy in Andover; music director of 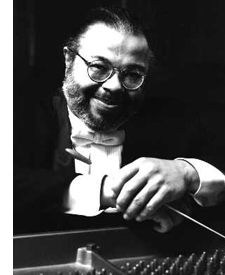 Cambridge Community Chorus; and artistic director for Project STEP, a Boston-based program that brings classical music to gifted students of color. He was a notable champion of African and African American classical music, musicians, and performance.

Thomas was the first music director of the Cambridge Community Chorus, founded in 1990 by former Cambridge Mayor Ken Reeves, and directed its first performance of Handel’s Messiah, which became an annual tradition for the group under his leadership. With unfailing humor and uncompromising musicianship, Thomas transformed the Chorus from a band of enthusiastic but unpolished singers to a group capable of presenting major works in the choral repertoire. These included Mendelssohn’s Elijah, Bach’s St. John Passion, Haydn’s Lord Nelson Mass, a fully-staged version of Purcell’s Dido and Aeneas, and the North American premiere of Misa Tango by Argentinian composer Luis Bacalov. In 2006, the Chorus commissioned a new piece by Bacalov, Cantos para Nuestros Tiempos (The Cambridge Psalms), performed at Harvard’s Sanders Theatre on May 21, 2006.

When Thomas retired to Kentucky in 2008, failing health did not deter him from taking on a new challenge: saving the historic First African Baptist Church, built in 1856 in Lexington by enslaved and freed African Americans. He formed The First African Foundation (FAF) to buy and renovate the building and transform it into a cultural center celebrating the lives of African Americans in the Bluegrass.

William Thomas’s love of good food and good fellowship are as much a part of his legacy as his passion for music. “William was our founding music director and inspirational leader, and we will always hold him in our hearts,” says former Cambridge Community Chorus President John Winslow. 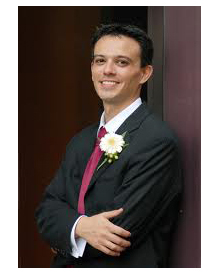 From 2009 to 2011 he was Director of Children’s Choruses at New England Conservatory, and from 2006 to 2008 he served on the faculty of the Blair School of Music at Vanderbilt University, where he was Interim Director of Choral Activities (2007-2008).

Kirsch completed the Doctor of Music degree in Choral Conducting from Indiana University in May 2008. He also holds degrees from the Yale School of Music and the University of North Carolina at Chapel Hill. His principal teachers were Jan Harrington (Indiana), John Poole (Indiana), Marguerite Brooks (Yale), and Susan Klebanow (UNC).

A native of Merrick, NY, Kirsch lives in Medford with his wife, Dr. Diana Lemly, their daughter Amelia, and their wheaten terrier, Madigan.

Dr. Michael Pfitzer led CCC in its 2013-2014 season as Interim Music Director, including two performances with chorus and orchestra and collaborations with the Boston Civic Symphony and the Cambridge Symphony Orchestra. 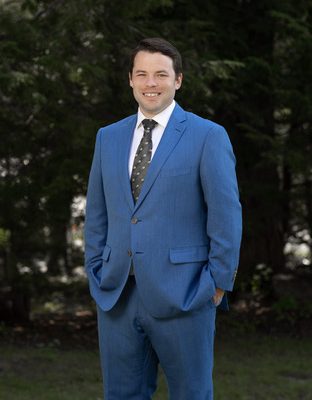 Currently, Mike is Lecturer in Music and Director of Choral Studies at University at Albany, State University of New York.

Mike is an advocate for creating strong communities through music. He has conducted a number of community choirs in the metro Boston area, including the Harvard Summer Chorus, the Harvard-Radcliffe Chorus, the Wakefield Choral Society, and Voices of Metrowest.

During the Covid-19 pandemic, his innovative projects to safely make music together were profiled in the New York Times, the Boston Globe, CBS News in Boston and ABC News in Albany.

More information about Mike can be found on his website, michaelpfitzer.com.