Check back soon for our next concert date

with the White Heat Swing Orchestra

“The Sacred Concerts are the most important thing I have ever done…Finally I can say in music what I have said on my knees all my life.”

One of the greatest jazz composers of all time, Duke Ellington was a musical experimenter all his life, noted for his inventive use of the orchestra, or big band, and for his eloquence and charisma. Edward Kennedy “Duke” Ellington was born on April 29, 1899 to pianists James Edward and Daisy Ellington. James played the piano by ear, and passed this gift to his son early in his life. Ellington began piano lessons at age seven, and fell in love with the instrument at age fourteen after sneaking into Frank Holiday’s Poolroom. Duke’s parents believed that going to church and being involved in music ministry was their duty to the Lord, but he moved to New York City in 1923 to embark on a career spanning more than six decades. He wrote and recorded for his own highly skilled orchestra with a distinctive voice and tremendous creativity. He often composed longer forms, such as Black Brown, and Beige (1943), and Such Sweet Thunder (1957), based on Shakespeare. Also called the ‘Hot Bach,’ Ellington was one of the most important figures in 20th century American music, and is often compared to the English impressionist composer Frederick Delius. His reputation continued to rise after he died, and he was awarded a posthumous Pulitzer Prize for his lifetime contributions to music and culture in 1999. 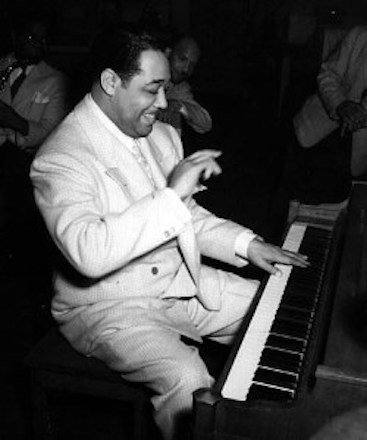